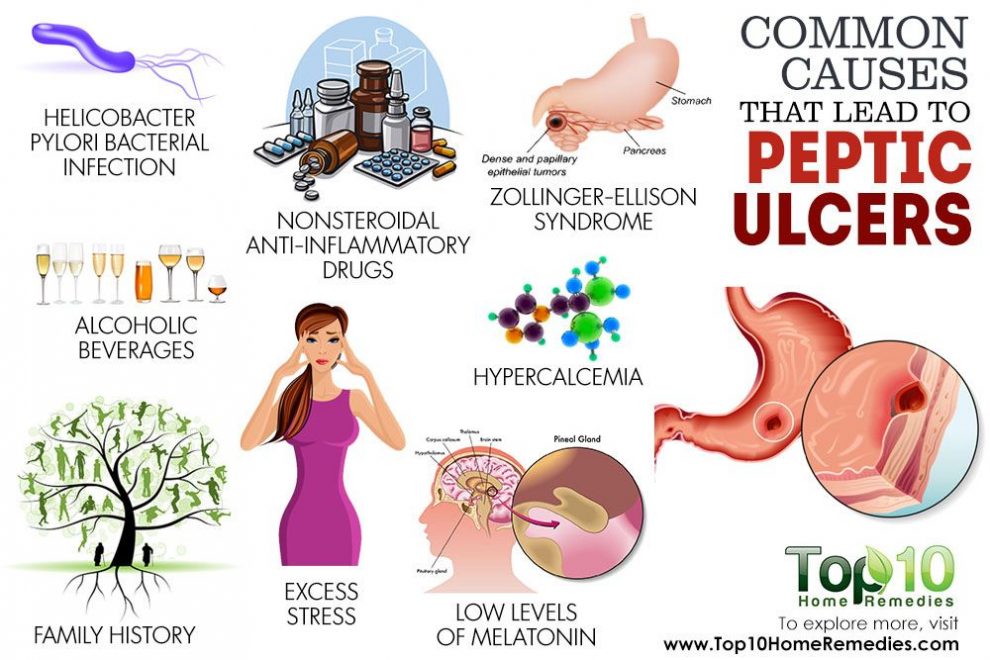 A stomach ulcer, also known as a gastric ulcer, is a sore or lesion that develops in the lining of the stomach. It can also occur in the upper part of the intestine.

According to the American Gastroenterological Association, about four million people have stomach ulcers and one in every 10 people suffers from an ulcer at least once during their lifetime.

Stomach ulcers occur when the lining of the stomach or upper intestine gets irritated by the harmful effects of stomach acid. 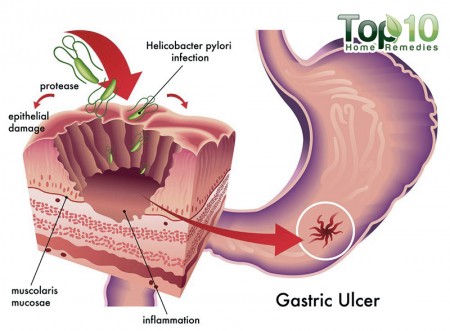 This can happen due to several factors like by an infection with the bacterium Helicobacter pylori (H. pylori), excessive use of nonsteroidal anti-inflammatory drugs (NSAIDs), drinking too much alcohol, radiation therapy, burns and physical injury.

The most common symptom of a stomach ulcer is a burning sensation or pain in the area between your chest and belly button. The pain can last for a few minutes to several hours, depending on the severity of the ulcer. Other symptoms include poor appetite, bloating, heartburn, indigestion, belching, nausea, vomiting and weight loss.

People of any age can get stomach ulcers and women are affected as frequently as men. It must be treated immediately or else the ulcer can get worse.

Fortunately, there are several natural remedies that you can easily use at home. Home remedies usually focus on strengthening and protecting the stomach lining against acids. Before using the home remedies though, consult a doctor to ensure long-term relief. 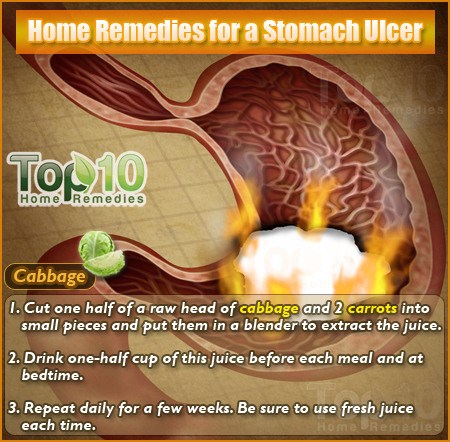 Here are the top 10 home remedies for stomach ulcers.

Cabbage is a great remedy for a stomach ulcer. Being a lactic acid food, cabbage helps produce an amino acid that stimulates blood flow to the stomach lining. This in turn helps strengthen the stomach lining and heal the ulcer.

Plus, cabbage contains a good amount of vitamin C, which has been found to be particularly beneficial for patients with H. pylori infections. Also, experiments indicate that fresh carrot juice contains an anti-peptic ulcer factor (vitamin U).

For stomach ulcer treatment, both ripe and unripe bananas are very effective. There are certain antibacterial compounds in bananas that inhibit the growth of ulcer-causing H. pylori.

Bananas also protect the system by wiping out the acidity of gastric juices. This helps reduce inflammation and also strengthens the stomach lining.

Surprisingly, cayenne pepper is another very effective remedy for treating stomach ulcers. According to a review published in Critical Reviews in Food Science and Nutrition, the compound capsaicin present in cayenne pepper inhibits the secretion of stomach acids, boosts the production of alkali, and stimulates mucus secretions and gastric mucosal blood flow, thereby preventing and healing ulcers.

Coconut is very good for people suffering from stomach ulcers because of its antibacterial qualities. It kills the bacteria that cause ulcers. Moreover, coconut milk and coconut water have anti-ulcer properties.

Several studies suggest that licorice works effectively for treating and preventing stomach ulcers. It helps the stomach and intestines produce more protective mucus that forms a coating over the stomach lining. This in turn eases the pain from ulcers and speeds up the healing process.

Fenugreek is known for its powerful healing properties and health benefits. You can use it to treat stomach ulcers also. Being rich in a mucilaginous compound, fenugreek protects the stomach’s lining by coating it like mucus, thereby facilitating the process of healing.

Follow any of these remedies twice daily for about a week. 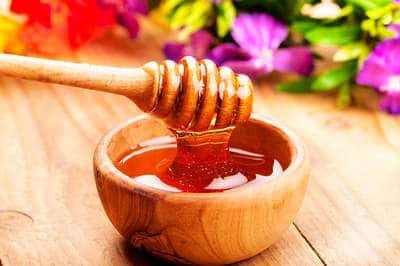 Raw honey has potent healing properties that help a lot in the treatment of stomach ulcers. An enzyme called glucose oxidase in honey produces hydrogen peroxide, which in turn kills harmful bacteria that cause ulcers. Plus, it soothes and reduces the inflammation of the stomach lining.

Take two tablespoons of raw honey daily, early in the morning on an empty stomach. It will help cleanse the bowel, strengthen the stomach lining, and prevent and treat stomach ulcers. 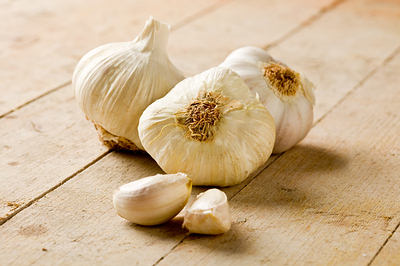 Garlic also helps treat stomach ulcers. Researchers at the Fred Hutchinson Cancer Research Center in Seattle discovered that the antibacterial and antimicrobial properties of garlic can keep levels of the Helicobacter pylori (H. pylori) bacterium in check, which contribute to the development of stomach ulcers.

Simply take two to three crushed garlic cloves followed by a glass of water during the day. Do this on a daily basis to ease inflammation in the stomach and prevent stomach ulcers. 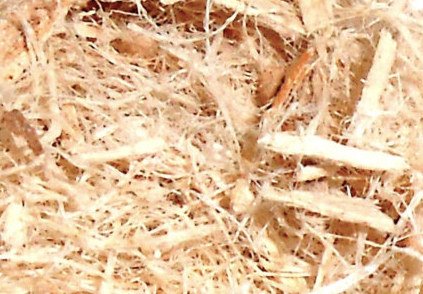 Slippery elm is another good remedy for stomach ulcers. The inner bark of the slippery elm contains a good amount of mucilage that soothes and calms inflammation and pain. Plus, the mucilage helps remove excess fats in the intestines. 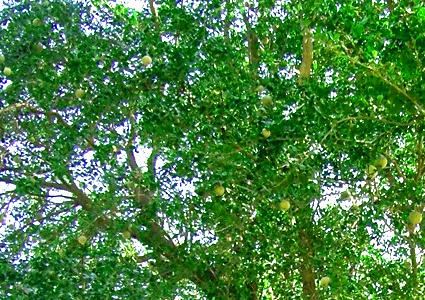 Leaves of wood apple, also known as bael, is also very useful in the treatment of stomach ulcers. The tannins present in the leaves help protect the stomach against damage from secretion of excess acid. Juice extracted from wood apple fruit also helps reduce pain and inflammation due to its mucilage content. 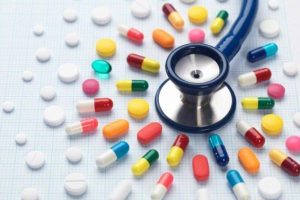 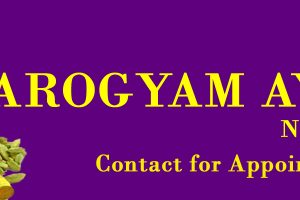